Home / Being a Friend 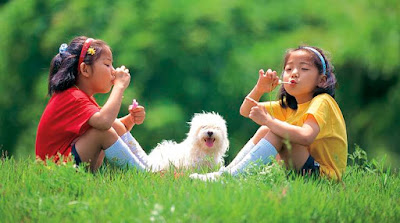 Last week I was in a fourth grade classroom and we read the story The Invisible Boy by Trudy Ludwig, a picture book I’ve written about previously in this blog. We started our discussion with a question asked by one of the students about why Brian thought he was invisible. This students wondered whether Brian should have tried harder to make friends.

“You can’t expect other people always to ask you to play. Sometimes you have to speak up. Like in the kickball game, why didn’t Brian ask to play?” asked a student.

“Maybe he is really shy, and that’s why he feels invisible.”

“I think he feels invisible because no one talks to him and he is always alone.”

“I don’t understand why the other kids don’t talk to him. I mean, everybody is the same, so why don’t they like him?”

“Is everybody the same?” I asked. “Don’t we see different things in different people, and have preferences for certain people rather than others?”

“Yes,” a student responded. “Some kids are more our friends than other kids. We want to be with some people more.”

“I think it’s about giving people a chance,” suggested another student. “When I first came to the school, Kelsey and Ellen invited me into their group, and that made me feel really good, and they are now my best friends.”

“I had something different happen to me. I was friends with three people, and I got them together, and now they never play with me. When I ask to play with them, they say they already have their game and maybe next time. But they never say yes.”

“Should people be required to say yes?” I asked. “In one school, there was a rule, ‘You can’t say you can’t play.’ So if a kid asked to play, you had to say yes. Do you think that’s a good rule?”

There was a chorus of “No!”

“Sometimes you just want to be with one other person to talk about something, and you don’t want other people to join.”

“And sometimes a group can be too big. If there are too many people who want to play, I just stop playing because it is too much for me. I like to be just with one or two other people.”

“I think if you have too many friends you really don’t have any friends. You can’t be friends with everyone. That’s not real friendship.”

“What is real friendship? I asked.

“Someone is your friend if you have a lot in common with them and you spend a lot of time together.”

“Do you have to spend a lot of time with someone for that person to be your friend?” I asked.

“I don’t think so,” replied a different student. “My best friend lives far away and I only get to see her once or twice a year.”

“What makes her your best friend, if it’s not seeing each other a lot?” I asked.

“I have a friend who lives far away too. I don’t get to see him very often, but we have been friends our whole lives.”

“So can having a history together be part of friendship?” I asked.

“Definitely. My sister’s best friend lives in China and she only gets to see her in the summer. But they have lots of things they like to do together and lots of memories together.”

“I think that being a friend means that we don’t always have to have our own way. Like if I want to play something and she doesn’t, we try to find something else we both want to do. Or sometimes we will do something we’re don’t really want to do because the other person wants to.”

“I know what you mean. I have this one friend, and she always wants to control everything. We have to play whatever she wants.”

“Does that make you wonder about whether she is a good friend?” I asked.

“Yes. I mean, I like being with her, sometimes, but I get tired of her always having to have her own way.”

“I think that wanting to do what your friend wants to do is part of being a friend. It makes you want to be around someone if you know they care about what you want.”

“I think that really friendship isn’t about having things in common or playing together. I think it’s about trust. I trust my friends not to tell other people things I tell them. And if I ask a friend to take care of something for me, I know he will. Trust matters the most.”