Home / Being Alone and Being Lonely

Being Alone and Being Lonely 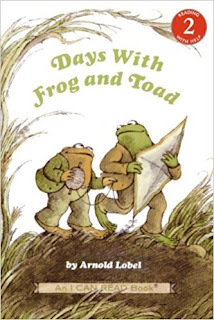 I decided to write about another of Arnold Lobels’ Frog and Toad stories today. Along with being joyful and charming, Lobel’s work is, in my estimation, among the most deeply philosophical of any children’s book author.

In “Alone,” a story in Days With Frog and Toad, Toad shows up at Frog’s house to find a note on Frog’s front door that reads, “Dear Toad, I am not at home. I went out. I want to be alone.” Toad starts to worry that Frog is sad and needs cheering up, and then begins to question whether Frog’s desire to be alone means that Frog no longer wants to be his friend. When he finds Frog, Frog tells Toad that in fact he is very happy and just wanted to be alone to think about how fine everything is, including having Toad for a friend.

I talked with a group of fourth grade students recently about this story. Several commented that sometimes they do just want to be alone, but they were not sure that their friends always understand this.

One student observed that though we think it’s kind of funny that Toad reacts so strongly to Frog wanting time alone, that actually when a friend tells us that he or she wants to be alone, it “might make you feel a little bad, like you did something wrong.” And other students noted that you can have a variety of motivations for saying you want to be alone — that “sometimes you really do just want to be alone,” but other times “you say you want to be alone, but you really want someone to check in with you because maybe you’re feeling sad.”

“But sometimes you can be lonely and not want to talk to anyone else at all.”

“Being lonely can be being in a situation where everyone else seems to know each other and you feel on the outside.”

“Sometimes I feel when there’s people around me, I don’t want to be with them, because I feel sad. I think that you’re often sad when you’re lonely.”

“You can feel lonely and scared too, without actually feeling sad. Like you just got scared by something and you don’t really want to be around anyone, but you’re not sad, you’re just scared and trying to calm down.”

“Or you can be lonely and mad. Like you got in a fight with a friend and you feel really lonely and angry, but not really sad.”

“Sometimes I feel lonely and not sad, maybe just confused and a little awkward. Like when you are with people who aren’t getting along. Or you don’t really know the people you’re with.”

“Normally if you’re lonely it’s for a reason. Your friends are mad at you, you don’t know anyone, or some other situation that causes you to feel lonely.”

“Sometimes when I’m lonely I just feel not involved in things.”

“I think lonely is a short-term feeling. Usually it lasts for a little while. Unless you are too scared to fix it, like when you have a fight with your friend, and you figure it out.”

“Lonely is when you’re with other people, but you don’t feel like they know you’re there.”