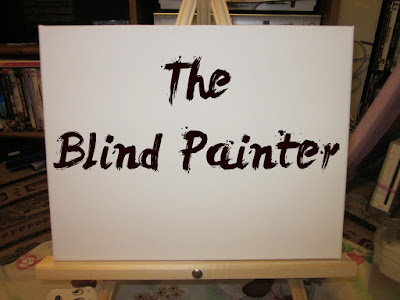 The “Blind Painter” activity, created by my colleague David Shapiro, is a creative and engaging exercise that always inspires a lively conversation and is a great tool for building community. The activity focuses on two key skills, both important for doing philosophy — clear communication and active listening.

When we do philosophy, it’s very important that we learn to express ourselves with clarity, to say what we mean in a way that others can understand us. It’s also vital that we listen actively: we need to ask questions when we don’t understand, to rephrase and restate what others say, and to try to really listen to what others have to say in order to advance mutual understanding.

To start the activity, pair students up, and then have them arrange their chairs back-to-back so that one of the members of the pair faces the board and the other faces away. The student who faces away from the board needs to have a surface to draw on (usually a notebook), a blank piece of paper, and something to draw with. A crayon or marker is ideal since students will eventually display what they draw to their classmates, so something bright and easy to see from across a classroom works best.

The explanation of the exercise goes something like this: “This exercise is called ‘Blind Painter.’ It helps us to communicate more clearly and to be better, more active listeners. The way it works is that the one of you facing away from the board is a painter, but you are blind to everything except what you are painting. The good news is you have a set of eyes to help you, your partner. I am going to draw a picture on the board and you, the painter, are to try to recreate it. However, you can’t look at what I’m drawing; only your “eyes” can do that. Students who are the “eyes” will have to describe to your partners, the painters, what I’m drawing. You need to keep in mind two rules: first, the “eyes” cannot look at the painter’s paper, and second, the painter cannot look at what I am drawing. Consequently, you both will have to use those two skills I mentioned — communicating clearly and active listening — in order to successfully complete your drawing.”

Note that students should feel comfortable engaging in a discussion with each other, but that they should do so in a kind of “stage whisper” since, with some many students talking simultaneously, the room can get pretty loud.

Commence drawing a picture on the board. Do so slowly, one or two lines at a time, so that the pairs of students can keep up. Monitor the process to make sure you don’t too far ahead of the students. Any picture is fine, but something simple works best, for example, a simple little scene with a house and a mountain and a tree.

When the drawing is completed, make a box around the whole picture to indicate that it’s finished. Invite the painters to take a look at what been drawn and for the pairs to see how close the painter’s drawing is to the original. Ask all the painters to come to the front of the room and display their drawings. Then facilitate a question-and-answer session about what worked and what didn’t and how, perhaps, painters and “eyes” could do a better job of communicating and listening.

Typically, painters commend their “eyes” for giving precise instructions, especially for describing what to draw in terms of recognizable shapes, like triangles, squares, and easily identifiable objects like clouds and letters. The most common complaint is that their “eyes” gave confusing information in regards to the placement — right, left, up, or down — of items in the drawing. Brainstorm together about how to build upon what worked and improve upon what didn’t for the next go-round.

At the conclusion of this discussion, students get back into their pairs, with the former “eyes” now playing the role of painter and vice-versa. This time around, it’s interesting to draw a much less easy-to-follow drawing. (Usually, we draw a cartoon head, something like Fred Flintstone or Homer Simpson. Unlike the first drawing, this one doesn’t have easily identifiable objects like trees and houses. Typically, therefore, students have a far more difficult time of recreating the drawing.)

At the conclusion of this drawing, again invite the painters to compare their works to the one on the board. Ask them to come to the front of the room and again display what they’ve done. (Without fail, the drawings are more interesting this time around, even though they tend not to look very much like what was drawn on the board.)

At this point, lead a discussion about why this time around was so much trickier and what could have been done to make it easier for the painters to match the drawing on the board. (Sometimes, a discussion about the nature of art emerges here. Students often want to talk about whether the pieces in the second round — which admittedly look little like what was drawn on the board — aren’t, in fact, more interesting works of art than those in the first round.) Often students want to talk about whether or not a painter has “failed” if his or her artwork doesn’t match what the original picture.

Occasionally, some students get very exercised about their drawing (or their partner’s) not looking like what the teacher has drawn. From time to time, this can lead to a rich discussion of whether or not it was fair that the second time was so much harder. A teacher might put this up for grabs as a topic to inquire about: is it fair that some people face harder challenges than others? If so, why? If not, why not? What if facing those challenges leads to superior outcomes (like more artistic drawings?) Would you rather be an expert at something simple or a novice at something complex?

The main thing that comes out of the discussion, though, is the value of communicating effectively. Students really do come to see how what they say can be interpreted and/or misinterpreted by someone else. And the connection to  philosophical discussion can therefore be made pretty easily.

The other point that is worth mentioning is that sometimes our best efforts to communicate effectively fail because we don’t really have the complete picture of what we’re trying to share with each other. This is illustrated pretty well by the second round of the exercise. Because what is being illustrated doesn’t really become obvious until the artist is finished — that is, it doesn’t really look like the head of Fred Flintstone until the last few marks are made — it’s hard for us to communicate what we’re seeing. Had a set of “eyes,” though, for instance, waited until the drawing was done and then told his or her painter to draw a cartoon head of Fred Flintstone, the drawing might have come out much closer to what was put on the board. Students tend to understand appreciate this point and are able to see the connection to the study of philosophy quite easily. But just in case, it’s worthwhile making that point explicitly: philosophy is like this — sometimes it doesn’t make sense until we get to the very end. We have to be willing to ‘live in the question’ and allow the whole picture to emerge. Then, when we’re all finished, we can look back at what we’ve done and understand what it all meant.
Again, having done philosophy even just a couple of times, students will recognize this dynamic and appreciate how familiar it is to the practice of philosophical inquiry.