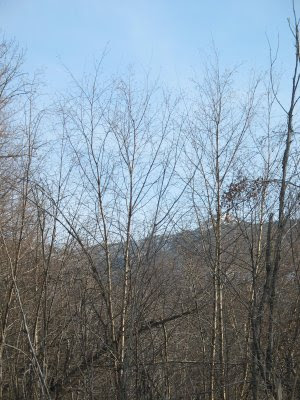 The House in Winter

Here,
in the year’s late tidewash,
a corner cupboard suddenly wavers
in low-flung sunlight,
cupboard never quite visible before.

Its jars
of last summer’s peaches
have come into their native gold—
not the sweetness of last summer,
but today’s,
fresh from the tree of winter.
The mouth swallows peach, and says gold.

Though they dazzle and are gone,
the halves of fruit, the winter light,
the cupboard it has swept back into shadow.

As inhaled swiftly or slowly,
the sweet-wood scent goes out the same –
saying, not world but the bright self breathing;
saying, not self but the world’s bright breath.
Saying finally, always, gone,
the deep shelves of systole and diastole empty.

Or perhaps it is
that the house only constructs itself
while we look –
opens, from room to room, because we look.
The wood, the glass, the linen, flinging themselves
into form at the clap of our footsteps.
As the hard-dormant
peach tree wades into blossom and leaf
at the spring sun’s knock: neither surprised
nor expectant, but every cell awakened at that knock.