Home / Institutional Humility, or What Philosophy Can and Can’t Do

Institutional Humility, or What Philosophy Can and Can’t Do 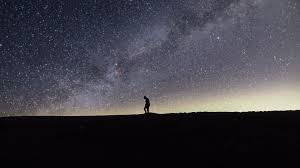 This will be my last blog post until the fall, and I wanted to explore further some of the issues I began examining in my last post.  In particular, I have been thinking more and more about the marketing of philosophy and the ways in which those of us in the field talk about philosophy, or “sell” philosophy, as part of outreach and/or development efforts (efforts that, as the humanities are increasingly devalued, are playing growing role in the field). When you market or sell something, you focus on its strengths, i.e. what is beneficial in whatever it is you’re selling, to whomever it is you are trying to convince of its value. But part of what is valuable about philosophy, in my view, is that it is challenging, that it pushes us and often makes us uncomfortable. That’s a hard sell.

This is especially relevant when we are talking about K-12 philosophy, a relatively new field that most of us involved in want to see grow and be accessible to more young people. And there are many positive aspects of introducing philosophy to young students, some of which I discussed in my last post. But some of philosophy’s benefits are not easily marketable, and the effort to sell pre-college philosophy can lead us to both to play down its challenges and to shy away from looking closely at the discipline’s shortcomings (its history of sexism and racism, the gatekeeping that is endemic to academic philosophy, the difficulty of doing philosophy well, the obstacles to public philosophy efforts, etc.).

When we facilitate philosophy sessions in classrooms, we try to create what is called a “community of philosophical inquiry.” One of the essential elements of such a community is what historically has been referred to as “epistemological modesty,” an acknowledgement that all members of the group, including the teacher, are fallible and therefore hold views that could end up being mistaken. It’s a kind of humility, an awareness that our knowledge is partial and we often think we understand things that, upon closer examination, we don’t.

In thinking about the larger field, I began considering the importance of institutional humility.  I have just begun reflecting about this, so these are very preliminary ideas, but I am thinking that institutional humility for philosophy involves at a minimum an awareness of the limits of what philosophy can do, both as an approach for understanding the world and as a way of life, and the challenges of its propensity to make people uncomfortable (at its best, in a good way), as well as a recognition of the partialness of the field itself and the way that many voices — women, people of color, children, etc. — have been (and are still being) denied entry to its conversations. Shouldn’t humility be at the core of a field that emphasizes the partialness of what we know? To adopt this would convey an understanding that philosophy itself still has a lot to learn.