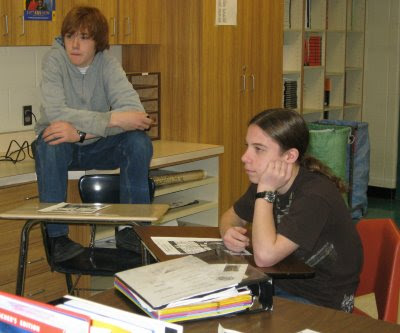 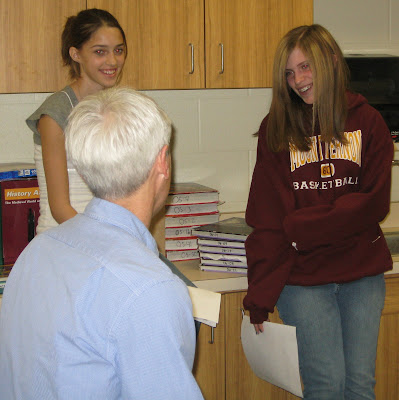 In this class we view the film Heil Hitler: Confessions of a Hitler Youth. The film is an interview with Alfons Heck, who describes his childhood experiences as a member of the Hitler Youth and his rise to prominence as a leader in the organization, and then his shame and revulsion as he realized after the war the full extent of the horror to which he had contributed.

Heck discusses the indoctrination he underwent as a child, describing hearing Hitler over the radio from the age of 5 and noting that “we swallowed our daily dose of nationalistic instruction as naturally as our morning milk.” He speaks candidly about the Jewish neighbors and friends he had known and liked as a child, and his eventual “total indifference to their fate” as he watched them being deported, after years of accepting the propaganda taught in school and elsewhere that characterized all Jewish people as enemies of Germany.

In our small groups and the larger discussion that follows, we talk about the forces that attracted children to the Hitler Youth and whether there are group pressures similar to those of the Hitler Youth in today’s society. We discuss responsibility and Heck’s statement that, as a contributor to the Nazi effort, he too was “guilty of the crime of mass murder.” Is he guilty of mass murder when, as one student put it, he “had been taught by everyone in his life since he was a little boy that fighting for Germany and getting rid of all Germany’s Jews was the right thing to do?”

One student this week commented that since everyone was taught that the Jewish people were inferior, they were not wrong to act in accordance with that belief. But not all people did so. What about the people who did question the Nazi doctrine? We analyzed whether the children who joined the Hitler Youth were making a choice, or whether there was no meaningful choice within the context of their lives at the time.

We also spent a long time examining the question of forgiveness, whether Heck should forgive himself and what such forgiveness would mean. Does forgiveness entail forgetting? Exoneration? One student noted that Heck had spent much of his life in a kind of atonement for his actions as a member of the Hitler Youth. Does this then entitle him to forgiveness? From himself? From others?