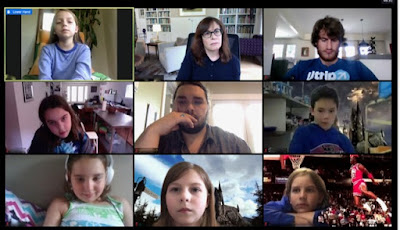 It has been over a year since my last post, primarily because I have been working hard to finish my new book, Seen and Not Heard, which is now with my publisher in the editing stage! Here is a description:

How might society benefit if children were recognized as independent thinkers, capable of seeing clearly and contributing in valuable ways to our world? How would children’s lives change if what they said was not often ignored or patronized?
In a series of conversations with children about many of life’s important philosophical questions, Seen and Not Heard reveals children as perceptive and original philosophical thinkers. Guided by discussions about the meaning of childhood, friendship, justice and fairness, happiness, and death, the book considers how listening to children’s ideas can expand our thinking about societal issues and deepen our respect for children’s perspectives.
In the United States and around the world, ageism remains a widespread prejudice, leading us to make assumptions about, dismiss, and underestimate the perspectives of people of particular ages, including children. Before they utter a word, their voices are judged as less important than those of adults, or as not important at all. Seen and Not Heard invites us to rethink our beliefs about children and become more receptive to the ways we can learn from the children in our lives.

The book will be published by Rowman & Littlefield in early 2021.

This spring was for us at the University of Washington Center for Philosophy for Children, like it was for many people, a launch into education via Zoom. Initially I was concerned that the interactive nature of my classes would not translate well to an online forum.

I have been surprised to find that facilitating philosophy discussions online, with both adults and with children, can be a powerful and meaningful experience. The conversations I had this spring were thoughtful, honest, and inspiring. I learned a great deal and was thrilled that a New York Times reporter wrote an article about our Philosophy Zoom classes for children. I‘m anticipating our philosophy sessions online in the fall with far more excitement and far less apprehension than I felt last spring.