Home / Philosophy Talk and the Mystery of Music

Philosophy Talk and the Mystery of Music 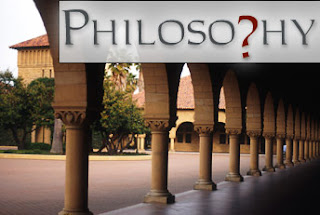 A good resource for thinking about what questions to ask when talking to students about philosophy is Philosophy Talk, a weekly one-hour radio series exploring issues of philosophy. Calling itself “the program that questions everything . . . except your intelligence,” the series is very engaging and most past shows can be downloaded online.
I am working on a unit for sixth grade on philosophy of art. My plan is to do some sessions on visual art, on poetry and on music. I listened recently to the show on “Why Music Matters” with David Harrington, a founding member of the Kronos Quartet, and it helped to get me thinking about the questions we can explore in our sessions on music.
What is music? Are there universals of music? Is there some quality that anything considered “music” must have? Can any sound count as music in the right context? Is there any objective difference between musical sounds and non-musical sounds? Is music a language? Does all music involve the expression of emotion? Is what makes something music the way it affects the listener? Harrington says that as a violinist, he thinks about music as friction, and he talks about music as the “friction that humans have rubbing against the world, and in a certain way that creates sound.” So can ugly sounds be music? Is there such a thing as good taste in music?