« Back to the Questions Library
Home / Double Trouble 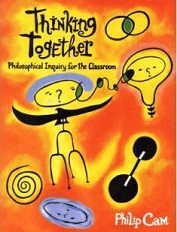 Plot Summary: Algernon, a robot servant, is replaced piece by piece over time by the robot company. Eventually, Algernon’s owner goes to the company to complain about unnecessary repairs. While there, he discovers that the company has put together all the old parts of Algernon, who is now employed as a cleaning robot for the company. The cleaning robot recognizes his previous owner, and begs to be taken home. The company releases him, but when he arrives home to discover the “new” Algernon, they each claim to be the rightful Algernon, faithful robot servant.