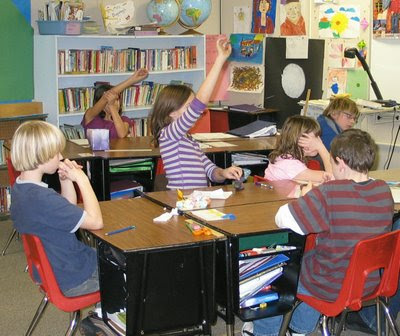 Yesterday I showed up in the fifth grade classroom in which I’ve been teaching, prepared to talk with the students about whether you can get something form nothing, whether everything has a beginning, and related questions. When I arrived, the class informed me that they had just had a discussion about an ethical problem related to the upcoming Science Fair, and they wondered if I could help. We set aside my planned discussion and started talking.

Two of the students had proposed an experiment for the Science Fair in which they would put two male Beta fish in a tank and see if one of the fish killed the other, and observe what characteristics the killer fish had (larger, more agitated, etc.). They and some of the other students in the class had begun to wonder if this was an ethically permissible experiment.

I asked the students what arguments that they had so far developed, for and against the experiment. They told me that the benefit of the experiment would be its scientific purpose: to see if one of the male Beta fish would kill the other and, if so, warn people about putting the two fish together. The problem, they said, is that they would be setting up a situation in which a fish might die, and was killing one fish acceptable if it meant saving many more?

The students were almost unanimously reluctant to shoot the hostage, reflecting that there is a difference between letting someone die by not saving them, and killing someone yourself. But is sacrificing one life wrong if the sacrifice saves more lives? Some students seemed to claim that every life is sacred, and so it is never right to sacrifice one life to save others (unless the sacrifice is voluntary, one student claimed). Is this also true for fish?

One student argued that people are more valuable than fish, and that there is a distinction between sacrificing a fish and sacrificing a person. We discussed another scenario I described to the students. You have a little sister who is very sick, and the only way to save her is to inject many kittens with the illness she has and experiment with various medicines to see if they will work. What should the doctors do? The class was pretty divided on this one, though most of the children ended up claiming that if it was the only way to save the sister, the experiments on the kittens would be ethically permissible. But this was a much more difficult question for most of them than the potential harm to fish from the proposed Science Fair experiment.

So are kittens more valuable than fish? We discussed our intuitions that creatures more like us deserve greater respect – are those intuitions permissible reasons for valuing people more than kittens and kittens more than fish? Do we really know how fish experience the world – what they feel and understand?

We talked then about the ostensible scientific purpose for the experiment. One student commented that she thought that publicizing the experiment, say on YouTube, would be a way to inform people about the risks of putting two of these fish together, if it turned out that one of them killed the other.

“I don’t think this would work,” a student warned. “A YouTube video might only encourage other people to try the experiment themselves.”
“Like dogfighting!” another student exclaimed.
We talked about the possibility that the experiment might have larger negative consequences, a new experiment sweeping Science Fairs around the country, more and more Beta fish dying.

Could this experiment really have some potential social utility, for fish or for humans? Would one experiment with two fish be sufficient to give us any meaningful data? We decided that some further research was in order. The students who wanted to do the experiment are going to investigate whether there is any ongoing scientific research about Beta fish to which they might contribute. The students agreed that this information might help them decide if the Beta fish experiment would be ethically kosher.

At the end of the discussion, one girl commented, “I think that what might be really interesting would be to create a Science Fair project about this ethical issue, and to talk to a lot of people to see what they think and the reasons they give for what they think.”

“What do you think, personally?” one of the students asked me.

“For me it’s like many issues in philosophy,” I answered. “The more I think about it, the more complicated it seems.”