Home / Seen and Not Heard

Seen and Not Heard 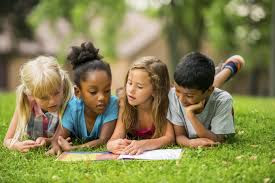 I am working on a new book, Seen and Not Heard, which will be published by Rowman & Littlefield next year. The book considers the ways in which children, with a particular focus on children ages 5-12, are often not listened to, not take seriously, because of their status as children, and how life might be different if this were no longer the case.

It seems to me that in the United States today, one of the last surviving almost universally acceptable prejudices is ageism — negative assumptions made about younger and older people based on their ages. Felt in a wide range of life situations, ageism manifests in, among other things, discriminatory practices, lack of or diminished autonomy, derogatory attitudes, and violence and neglect. One consequence of ageism is that what people of particular ages have to say is often ignored, patronized, or denigrated.

This is a fact of life for most children.

Our attitudes toward children are, in fact, quite characteristic of judgments that have historically been made about many groups of people labeled as “inferior” in some way; not too long ago, for example, women were generally considered intellectually deficient and incapable of analyzing difficult and complex issues — and, therefore, not worthy of being heard. Sometimes when I hear an adult comment in a condescending way about a thoughtful remark made by a child — “Oh, that’s so cute!” — I imagine how I would feel if that was the predominant response to speech by adult women.

Over the past 20-plus years, I have had the privilege of spending a lot of time listening to elementary school age children. To their thoughts and questions on a wide range of topics, including justice and fairness, art and beauty, goodness, identity, happiness, the environment, friendship, and life and death. It is constantly surprising to me that many adults don’t see children as capable of taking on serious and complex topics, when in my experience they are so reliably eager to do so and so capable at it. One of the strengths children bring to the examination of the kinds of big questions they like to explore is a willingness to look straightforwardly at their own experiences and express candidly what they see, and to think imaginatively and openly about possible new ways to understand the world in which we live.

How might society be altered if adults recognized children as people capable of seeing clearly and contributing valuable insights about challenging issues? I believe that listening to children’s perspectives on issues such as justice, ethics, childhood, and death have the potential to both enrich children’s lives and enlarge our societal thinking about many important topics. If we really heard children, if we accorded them the respect due to people trying to think clearly and well about serious problems, in what ways might that change our world?