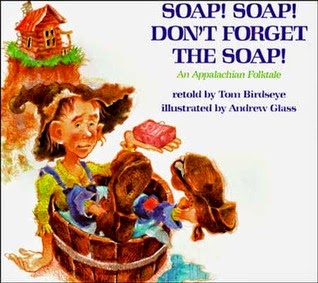 Soap! Soap! Don’t Forget the Soap! is an Appalachian folktale, brought to life in a great read-aloud picture book by Tom Birdseye with illustrations by Andrew Glass. The story’s main character, Pug, is a young boy “with such a poor memory some say he’d forget his own name.”

One day Pug’s mother, who believes in him despite constant evidence of his forgetfulness, sends him out to the store for some soap. 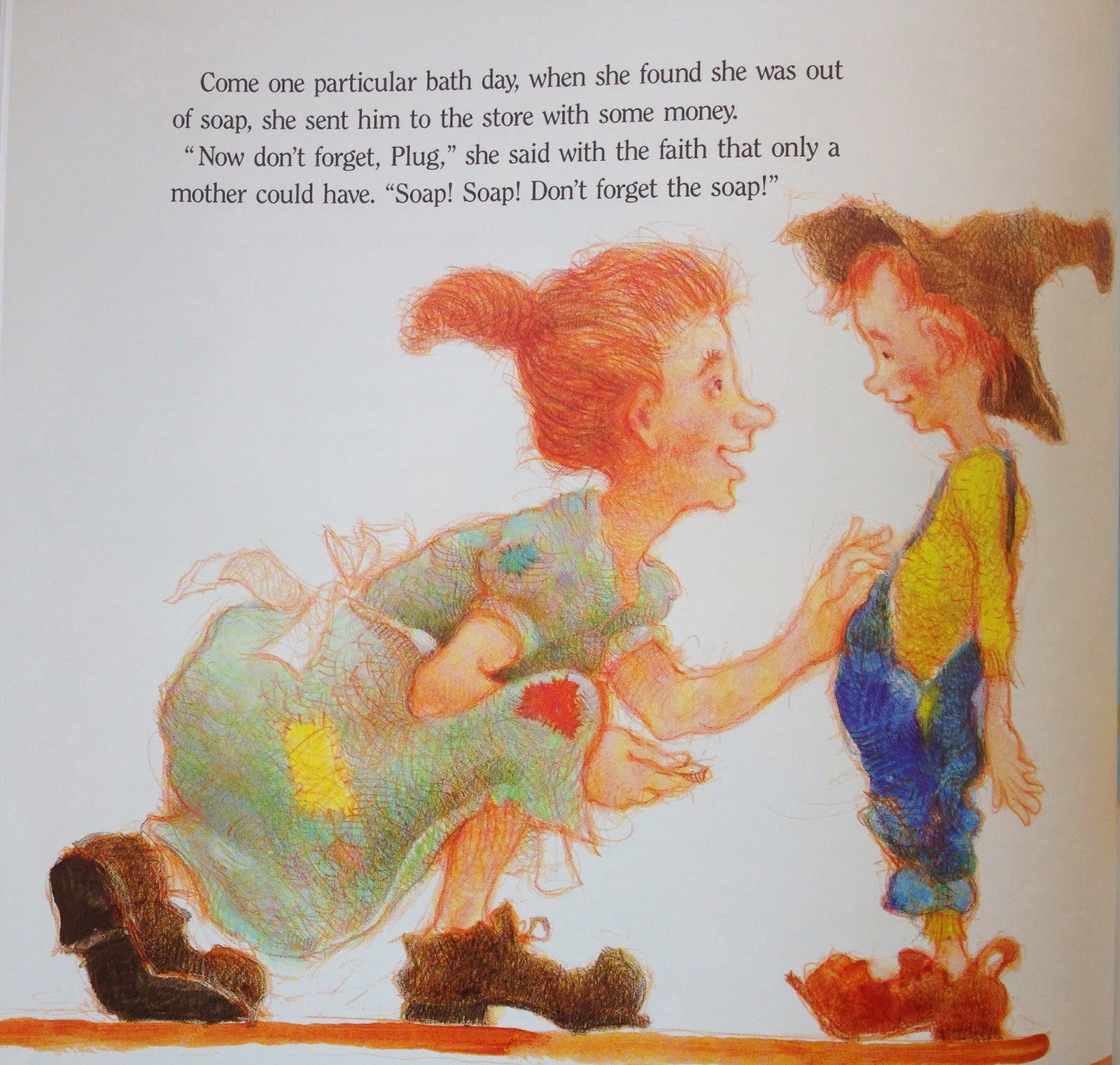 After a series of misunderstandings with various members of the community, all of which are brought on by Pug inadvertently offending each person, resulting in a series of mishaps, Pug brings the soap home to his mother. Apparently transformed by the challenges of the day, from then on Pug “never forgot a thing his mama told him . . . not ever again . . . for the rest of his life.”

Why do we remember what we remember? Is remembering a choice? Do we choose to forget what we don’t remember? Can you forget your own name? If you forget all your memories, are you still you? What makes someone “forgetful?” Is it possible never to forget a thing we are told?