Home / The Book of Mistakes

The Book of Mistakes 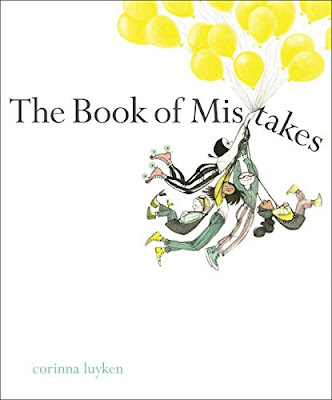 The Book of Mistakes is a first book by Corinna Luyken. I knew Corinna when we both lived in the Methow Valley, in the north central part of Washington State, some years ago. The book is about the way mistakes can lead to creative and novel ideas, and how they can provide a source for new ways of understanding the world and ourselves.

The book begins with one mistake. 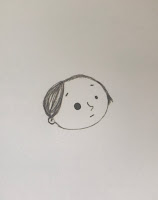 “Making the other eye even bigger was another mistake.” 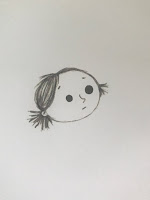 Full of charming illustrations, the story goes on to demonstrate how “mistakes” can end up producing new ideas, ideas that would not have emerged without the mistakes.

I introduced the story last week in a fifth grade class at John Muir Elementary School in which I have been doing philosophy each week this year. I chose this book because earlier this spring, in the course of a conversation about beauty and ugliness, one of the students had asserted that “[O]ne thing is the most beautiful. Mistakes. You cannot learn without mistakes.” This had led to a long and very spirited conversation about whether in fact all mistakes were beautiful and, specifically, about terrible mistakes such as murder that lead to capital punishment, and then about the ethics of capital punishment and the assumption that some mistakes, and perhaps some people, are beyond repair.

This week we had visitors from Colegio Newland Campus Juriquilla, a school in Queretaro, Mexico – fourteen 6th and 7th grade students visited the Center and participated in some of our K-12 classes. Philosophy is part of these students’ regular education, and they were eager to learn about the way we are doing philosophy in Seattle schools.
After listening to the story, the John Muir students and the Colegio Newland students explored together the questions, “What is a mistake? What makes something a mistake?” In the course of the conversation, the children reflected about whether mistakes are always accidental or can be intentional acts that are then characterized as mistakes after the fact. We examined the differences between bad decisions and mistakes.
The students suggested that bad decision involve choice, but mistakes don’t usually happen intentionally. However, some students pointed out, sometimes you can point to an intentional decision and characterize it as a mistake. One student suggested that mistakes are things we learn from, but another student responded that we can learn from bad decisions too. The students concluded that mistakes are always part of learning, though some mistakes can be more consequential than others, but that bad decisions do not always present learning opportunities.

Are mistakes beautiful, then? The students seemed to reach consensus that it all depends on where the mistake leads. As one student noted, mistakes are not beautiful when they involve bad choices that have the potential to hurt you or someone else. However, the students also acknowledged that, as in Corinna Luyken’s beautiful book, mistakes can lead to inspiration and beauty, and this awareness can help us to be unafraid of making mistakes in many areas of our lives.