Home / The Important Things in Life, and Rules that Help Us Keep Them

The Important Things in Life, and Rules that Help Us Keep Them 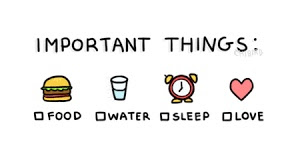 In two fifth grade classrooms at John Muir Elementary School last week, I read to the students chapter 12 from E.B. White’s Stuart Little, in which Stuart, who, despite being the son of human parents, looks exactly like and is the same size as a field mouse, has taken a one-day job as a substitute teacher. He tells the class that he would like to be “Chairman of the World,” asking them what they think is important and suggesting that the world needs some rules to run properly. The students suggest rules like, “No stealing,” “No being mean,” and “Don’t kill anything except rats.”

After reading the chapter, I asked the students what they thought were the important things in life. Their responses included family, school, education, food, candy, friends, nature, books, technology, and ice cream. I then asked them what in their view were the important things in school, and they mentioned various subjects, having a dedicated teacher, paying attention, and helping other people. We talked about how in order to ensure these things, classrooms needed some rules.

Using an activity created by my colleague David Shapiro, I then distributed an index card to each student and asked them to imagine that their classroom this year would be governed by just one rule, and to decide what that rule should be. The students all wrote their answers down, without including their names, and I collected them and redistributed them so that no one received their own card. The students then broke up into groups of two and decided which of the two rules they had received was the most important, and we took the remaining 12 or so rules and handed 2 rules each to groups of four students, and each group decided which rule was more important.

I put the 6 chosen rules up on the board and asked the students if any of them was inclined to make an argument (expressing a view and giving reasons for it) for whether one of the rules should stay or go. The students were very engaged in this, and in one classroom, the rules we ended up with included, “No bullying” and “No being mean,” and we had a long conversation about whether one of these included the other. Many students argued that bullying always involved being mean, but that you could be mean without bullying, and so keeping “No being mean” as the one rule would necessarily prohibit “No bullying.” Towards the end of the conversation, however, a student made an interesting argument, claiming that you could bully someone without being mean and giving the example of consistently giving someone really terrible advice, which wouldn’t involve being mean because you were being kind and advising the person, but in a way that would ultimately cause them great harm and be a form of bullying. I’m not sure I agree, but I thought it was an inventive argument.