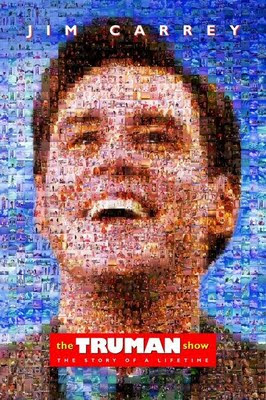 The Truman Show, by director Peter Weir, is a film about Truman Burbank, who is adopted at birth by a television network to be the star of a reality television show. Truman grows up unaware that his whole life is a staged television show, available 24 hours a day to viewers, and that everyone in his life is an actor, including his wife.

The film raises many philosophical questions, including questions about ethics, free will and determinism, the nature of truth, and the relationship between appearance and reality. It’s a provocative film for discussing these issues with middle and high school students. Some questions it raises are: