What is a child? 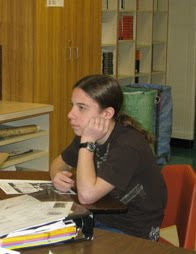 I read an interesting article this week by Tamar Schapiro on “What Is a Child?” In a discussion about the possible justifications for what we generally believe are adults’ special obligations to children, for “treating someone like a child,” Schapiro (looking to Kant) suggests an understanding of the word ‘child’ as a status concept. The idea is that someone counts as a child when that person lacks the independence necessary (in the ethical realm) for governing himself in accordance with his capacity for reflective choice.
Schapiro suggests that childhood is in some respects analogous to Kant’s notion of a state of nature in the political realm, where we need certain normative concepts (like rightful ownership and justice) that are lacking because there is no common political authority in which to ground such concepts. This makes a state of nature inherently unstable and requires that people in that state “pull themselves together” into a unified political state. In a similar way, Schapiro contends, children are like a state of nature in that they need normative principles to be able to make moral choices, but do not yet have a developed will on which to base these principles. An individual becomes an adult when she has “pulled herself together” into a unified reflective agent able to make choices about her desires.
An adult, Schapiro claims, “is one who is in a position to speak in her own voice, the voice of one who stands in a determinate, authoritative relation to the various motivational forces within her.” In order to be considered a fully developed agent, one does not have to have worked out principles for any conceivable practical issue but must have a “plan of life.” This basic structure, which Schapiro calls character, determines the relation between the pursuit of one’s desires and the impulse to relate to others in mutually acceptable ways. Children lack this structure, and so, the argument goes, the distinction between adults and children is one of kind: adults have characters and children do not.
Childhood, therefore, is a “normative predicament” because children need adult help to govern themselves until they develop character, the unified perspective that allows them to exercise effective authority over themselves. Part of the way children develop this, proposes Schapiro, is through play, in which children “try on” selves to develop what is like to speak in their own voices and control their own worlds.  As adults, we are obligated to help children escape their predicament by doing what we can to help them “work their way out of childhood.”
This is a complex argument for which I am only providing a sketch, but I wonder about it. First, I question the definition of an adult as someone who has constituted herself as a unified reflective agent and can thus speak “in her own voice.” It seems to me that the development of this normative structure does not occur in ways consistent with our ordinary judgments about who is a child and who is an adult (which in general depend solely on age). There are people we would characterize as adults (they are over 21) who do not have this kind of developed structure, and there are people we would characterize as children (they are under 17) who do.
Second, while the notion of play as “trying on selves,” has much to offer, it does not apply to many people characterized as children (most people over age 10, for example). Schapiro acknowledges this and notes that we think of adolescents “as people who are characteristically ‘in search of themselves’ . . . [who] carry out this search by identifying themselves in a rather intense but provisional way with peer groups, celebrities . . . and the like.” But being “in search of oneself” and “identifying with peer groups, celebrities, etc.” is applicable to many adults as well. Does a person who falls within this description lack a “plan of life?” If so, would we have to hold that they should be “treated like a child?” And doesn’t in some respects the process of “trying on selves” and developing a “plan of life” last a lifetime?
Finally, I’m reluctant to characterize childhood as a predicament out of which adults have an obligation to help children find their way. While I don’t romanticize childhood as a time of innocent bliss or something, I do think that there is a special quality about the life of children that is positive, that as adults we remember with fondness and even wistfulness (see Proust, for example). For example, in my experience doing philosophy with children, I have observed that children often have particular access to creative ways of understanding the world because of their openness to the mysteriousness of human existence. Likewise, I’m hesitant to grant Schapiro’s idea that children are different in kind from adults because they lack character. In my work with children, I have found them reliably capable of reflective deliberation and often quite clear and consistent about the internal principles by which they make choices among their desires. I think that children are often capable of “speaking in their own voices.” I am just not convinced that all children lack character, or that all adults have it.