Home / What is a dessert?

What is a dessert? 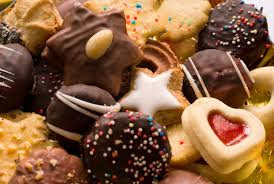 For my last class of the year in elementary schools, I often bring in food and drinks and we have a “Philosophy Cafe,” eating and drinking and talking about ideas. This week in the final session with fifth grade students at Whittier Elementary School in Seattle, I brought in cookies and lemonade and we had a spirited conversation about what makes something a dessert, based on an idea developed by Jesse Walsh (who runs a philosophy club at St. Martin de Porres Academy in New Haven).

Were the cookies we were eating a dessert? Many students argued that they were not, because dessert is a concept that refers to the time the food is eaten (at the end of lunch or dinner). Other students claimed that dessert is not defined by the time the food is eaten, but by the kind of food it is. If you have broccoli at the end of a meal, for example, it’s not dessert. Dessert has to contain some kind of sweetness, many students suggested. We talked about whether dessert had to have both kinds of characteristics, some sweetness and be eaten at a certain time. Students pointed out, however, that it’s not ridiculous to say “I’m having dessert for dinner,” or “I’m having a dessert snack,” and so dessert doesn’t always get eaten at the end of a meal. One student proposed that we distinguish between “treats,” which include but are not limited to sweet foods and can be had at any time, and “desserts,” which have to be sweet foods (or drinks, perhaps, a couple of students interjected) and eaten after meals. We drew a Venn diagram to try to see where these two concepts intersected and where they did not.

Students always enjoy this session, and there is usually a lot of laughter. It’s also a serious exercise, though, in defining what turns out to be a slippery concept. At the end of the conversation, I remarked that this is just what philosophers do, try to tease out the puzzling aspects of the most ordinary parts of our lives. One of the things I hope students get out of doing philosophy all year is an understanding that our assumptions about even the simplest things can always be questioned.