Home / What is dessert? 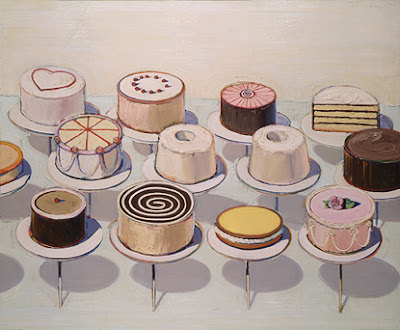 Last week I led two end-of-the-year philosophy sessions. One of the activities I like to do as a last session for the year is a prompt that encourages students to think about what is required for something to count as a dessert. It’s fun, and also is a reminder that philosophical questions can be found in the most ordinary activities.

I typically bring in some sweet treats (cupcakes, cookies, etc.) and distribute them to the students. Then I ask them, “Is this dessert?”

What makes a dessert a dessert?

Some students think that it is the kind of food that matters — only certain foods count as dessert, because dessert requires sugar, most say. Other students argue that any food can be a dessert, as long as it is a treat at the end of a meal. In one class, I asked the students to imagine that they invited me for dinner and asked me to bring dessert, and I brought brussels sprouts because I like them and they are a treat for me. What would they think?

This led to a conversation about the difference between what we might like as a dessert and what is commonly understood by the term ‘dessert.’ We agreed that usually when people ask you to bring dessert, they are asking for something sweet. But does that mean that all desserts have to be sweet? Or eaten at a certain time?

In one of the classes, we went around the room and students stated their favorite desserts or desserts they liked. At the end, I asked whether the students thought that desserts were important.

One student claimed that dessert is like “coffee for kids,” because “it packs us with energy, but after a while it makes us tired.” Another student stated that, “It’s not good for your teeth, or your health, so it’s not important. It’s not really needed in the world.”

Several students disagreed. “It is important,” said one student. “You need food to taste good, so dessert is important. It’s important to have good tasting food.”

“It makes me happy because it tastes good,” offered another student.

“I think it can be like a way for people to escape, like a drug. It could lead to obesity and heart attacks. If it makes you happy and you go on eating, then it will stop making you happy.”

“Sweets don’t make you happy because the happiness is already inside you. Happy is a neutral state, how you are if you aren’t sad or angry. You can’t make yourself happy, you just are happy, or not.”

“I disagree. I think that part of the reason dessert does make you happy is because we don’t always eat it. If we had it all the time, we wouldn’t look forward to it. The specialness of it is what makes us happy.”

Finding perplexity in the everyday is one of the things I hope students take away from their involvement in philosophy classes.

This will be my last post for the school year. Back in the fall!